What makes elite athletes tick? What is it like to live your dream every day in hopes of a star performance at the Olympics? These are a few of the themes that ‘Uncharted Waters,’ a documentary following athletes on the US Sailing Team Sperry, will explore in the final year of their journey toward a spot on the US Olympic and Paralympic Teams that will compete in the Rio 2016 Olympic and Paralympic Games.

Made possible by Sunbrella® Fabrics, the leading supplier of performance fabric to the marine industry, ‘Uncharted Waters’ shows what it takes to be a top-ranked Olympic- and Paralympic-class sailor–from grueling travel around the world for competitions to balancing college and family life with the demands of an unrelenting training schedule.

“As a high-level sailing athlete with Olympic and Paralympic dreams, there are a lot of peaks and valleys throughout training and the athletes are constantly tested,” said Josh Adams, managing director of US Olympic Sailing. “You really have to be determined to get there in the end and to persevere through it all.”

The documentary includes the story of the adaptive sailing team members Sarah Everhart-Skeels of Tiverton, R.I., and Cindy Walker of Plymouth, Mass., for whom sailing offered freedom from lower body paralysis resulting from a cycling accident (Sarah) and a rare inflammatory disease (Cindy). They are the only all-woman adaptive sailing team in their class, and making the US Paralympic Sailing Team in 2016 is likely their last chance to compete in the Paralympics since sailing has been removed from the 2020 Paralympic Games in Tokyo.

Viewers can also follow the story of two young guns, Paris Henken and Helena Scutt, who aim to race a new boat class for women in the 2016 Olympics: the fast, dynamic 49er FX. Henken suffered serious injuries after being hit by a competitor’s boat at a race in late 2013 and the duo’s story will follow their comeback and climb through the ranks.

These stories and more will unfold at Sunbrella.com/uncharted. Viewers can watch athlete profile videos and use an interactive map of competitions, training and travel leading up to the races, where athletes are selected to represent the United States at the upcoming Olympic and Paralympic Games. The site also includes insider details about Olympic- and Paralympic-class sailing, adaptive sailing insights and athlete video diaries that tell the story through their eyes.

It will culminate in a full-length documentary launching in spring 2016.

“Who hasn’t felt goose bumps watching their compatriots compete with the world’s best every four years?” said Gina Wicker, creative director for Sunbrella. “‘Uncharted Waters’ takes the viewer inside the athletes’ journeys, and we hope to create a connection that educates and inspires visitors, while bolstering excitement for both the athletes and the sport of sailing.”

US Sailing Team Sperry athletes included in ‘Uncharted Waters’ are:

Sunbrella developed ‘Uncharted Waters’ as part of its Gold-level sponsorship of the US Sailing Team Sperry. To keep up with the latest from the team and their push toward the 2016 Olympic and Paralympic Games in Rio, visit sunbrella.com/uncharted and follow the team on Facebook at facebook.com/USSailingTeam, Twitter @ussailingteam and Instagram @ussailingteam.

About Sunbrella Fabrics
For nearly 50 years, Sunbrella® fabrics have set the standard for the performance of marine canvas all around the globe, offering durability, fade resistance and easy care. First introduced in 1961 as an awning fabric, the Sunbrella brand revolutionized the way the world thinks about how beautiful fabrics look, feel and perform. The Sunbrella brand is the leading premium fabric choice today not only for marine, but also for awning and upholstery, including boat interiors. Sunbrella fabrics are manufactured and marketed by Glen Raven, a 134-year-old, family-owned company based in North Carolina with operations worldwide. For more information on the Sunbrella brand, including fabric resources, visit sunbrella.com. 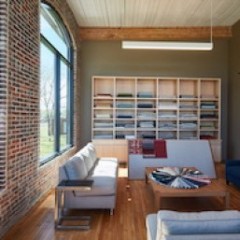 In this edition of the Sunbrella Durability Challenge, our fearless Sunbrella quality control technicians take on two messy tween girls determined to leave their mark on white Sunbrella indoor upholstery.